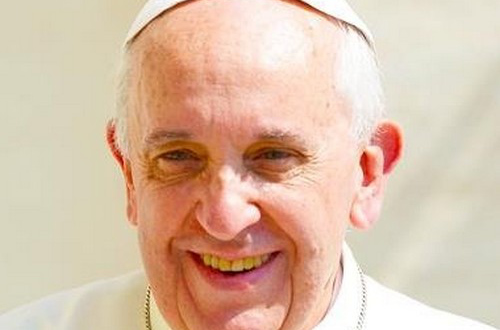 Mercy is not only a feeling, it is strength which life, which resuscitates mankind.
Tweet – 9 June 2013

Jesus is waiting and wants to heal our hearts from everything which degrades them. He is God whose name is Mercy.
Tweet – 14 February 2016

Mercy does not mean laxity or rigidity… People who are lax wash their hands out of mercy ; they are only merciful in appearance. In fact they are not conscious of the problem and do not take mercy seriously. They minimize the reality of sin. A truly merciful person is caring, listens attentively with respect without judging and leads the way to reconciliation.
Interview with the daily « Corriere della Sera », March 5th 2014

Jesus Christ is the face of the Father’s mercy. These words might well sum up the mystery of the Christian faith.
The Face of Mercy, 1, April 11th 2015

Mercy : the word reveals the very mystery of the Most Holy Trinity. Mercy: the ultimate and supreme act by which God comes to meet us. Mercy: the fundamental law that dwells in the heart of every person who looks sincerely into the eyes of his brothers and sisters on the path of life. Mercy: the bridge that connects God and man, opening our hearts to the hope of being loved forever despite our sinfulness.
The Face of Mercy, 2, April 11th 2015

In short, the mercy of God is not an abstract idea, but a concrete reality with which he reveals his love as of that of a father or a mother, moved to the very depths out of love for their child. It is hardly an exaggeration to say that this is a “visceral” love. It gushes forth from the depths naturally, full of tenderness and compassion, indulgence and mercy.
The Face of Mercy, 6, April 11th 2015

Jesus affirms that mercy is not only an action of the Father, it becomes a criterion for ascertaining who his true children are. (…) Pardoning offences becomes the clearest expression of merciful love, and for us Christians it is an imperative from which we cannot excuse ourselves. At times how hard it seems to forgive! And yet pardon is the instrument placed into our fragile hands to attain serenity of heart.
The Face of Mercy, 9, April 11th 2015

The face of Mercy